Turned Down for Life Insurance

For years I just went with the best life insurance my job provides without requiring an application, but it’s less than what is “recommended” - meaning, it’s not enough to take care of my daughter and my mortgage if I were to pass away suddenly. So this year I applied for supplemental life insurance. Once when I was 25 and had just moved across country on my own I applied and was turned down “because of my diabetes.” But 15 years have gone by and I thought that maybe my memory was faulty, so I tried again. And I got the letter in the mail today that I have been turned down because of “my medical history of Diabetes.” This has me wondering - is it a flat out decision because I have diabetes, or is it something more that I did? Has anyone else experienced this? Was I silly to even apply? My diabetes control isn’t perfect, but it’s not terrible…

in my opinion, it is a flat out denial because you have diabetes.

If you think about life insurance, you are betting with the insurance company that you are going to die. They use your age and if you have any “high risk” behaviors, then a “premium” is assigned which is a mathematical expression of the “death benefit”, the time value of money, the table (actuarial) which predicts when you should die, etc, and a factor for built-in profit for the insurance company.

Having diabetes means you are a bad bet. It has nothing to do with your control. It has everything to do with the death rate of diabetics (and this will make you crazy) which is heavily influenced by data from type 2 diabetes.

I have life insurance that my dad bought me when I was a baby and before i got sick. I have my policy from work, which is very important, and I have 1 converted policy from where I used to work. I consider myself to be very very fortunate. There is no way for me to get more insurance unless I get an additional job that offers insurance as a benefit of employment without qualification.

People with cancer, asthma, high blood pressure, & etc. are also denied life insurance so it is not just a diabetes club.

sorry. maybe you could consider employment with a large company or with a municipality or other government? They tend to have the best offerings.

That is, more or less, a common practice. It has been that way for centuries. It may be that life insurance companies [their medical directors] have not kept abreast of developments that have greatly enhanced and extended lives of people with T1D; I worked later in government regulation of insurance companies and then in the life insurance industry. In January 1960 I was dismissed from a new job [on the first day] with Prudential Insurance Company when someone when someone read on my new employee insurance forms that I had listed “Diabetes” as a medical condition.

When I was diagnosed in 1957 my family was told, thankfully no one told me, that I’d live another 10 to 15 years. I was told that years later, in the 1990s. right now there are many who have lived very productive lives with insulin dependence for well over 50 years.

My advice for you and life insurance. Whenever you leave a job where you had group life insurance, convert that policy, or a portion thereof, to an individual plan of insurance; it may be expensive but it must by law be issued to you at standard rates.

That’s correct, people with diabetes are usually declined for life insurance, particularly Type 1’s. I’ve applied every couple of years for the last 30 years and have always been turned down after I submit my “questionnaire”. Unfortunately the life expectancy of Type 1’s, while continually getting better, is still an average of 10-15 years lower than average, which are not good odds in the eyes of an insurance company. There are some that live with it for 50 years, but not most. But you bring up a good point that financial planning for Type 1’s and others with chronic diseases can be challenging, because the standard lifespan timeline doesn’t really work for us. I wish Certificates of Deposit (CD’s) would come back…they were a great tool for short-term investment.

I’ve gotten significantly dinged on the rate but I was still able to get life insurance even with my Type 1 and a family history of coronary heart disease. I had to do a full medical evaluation and blood test (with a person they sent to our home) and also fill out a questionnaire. I don’t know what might be different in your case and I probably am missing some info. I applied for life insurance at age 40 and just reapplied for a different policy recently (but declined as the rate was too high). I have been using Northwestern Mutual https://www.northwesternmutual.com/ for about 10 years. From my research they weren’t the cheapest but a solid company with a good reputation. I’ve been Type 1 for 10+ years. Don’t know if how long you’ve been diabetic makes any difference in securing insurance.

@Angivan-
Where have you seen the statistic that type 1’s have a life expectancy 10-15 years less on average than a non-diabetics?

@jennagrant, The good news is the gap is gradually narrowing! Here are a couple of links.

Life expectancy for those with Type 1 diabetes improving 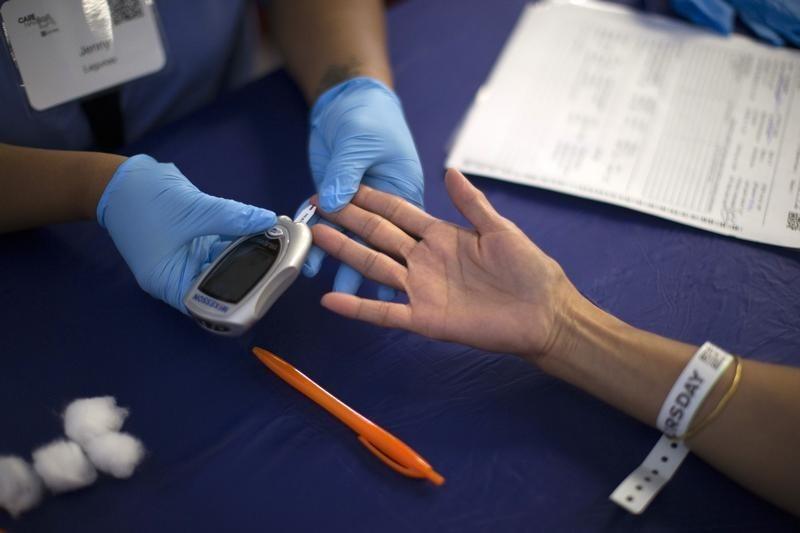 Life expectancy for type 1 diabetes may be improving

(Reuters Health) - On average, people with type 1 diabetes die 11 to 13 years earlier than people without the condition, according to a new study from Scotland.

I myself had been declined life insurance a few times, specially when I wanted additional coverage from work. Also applied to New York Life Ins and got denied a couple of times. Was able to obtain coverage through State Farm. For $200k coverage, I’m paying about $150 per month…which is quite expensive to say the least.

Hello Tim, how much is your coverage and how much is the monthly? Maybe I can apply through them.

In the late 1970s I applied for mortgage insurance. I was required to have a doctor examine me. There were no meters for testing blood sugar back then. He gave me a strip of tape, and told me to to pee on it in the men’s room nearby. The tape turned dark green, indicating high urine sugar. I was turned down for that reason. That doctor walked outside with me, and we had a conversation. I had been type 1 for 30+ years, and he said I should get my will together. He told me about one of his patients who had been T1 for 20 years, with no complications. Within the following year he developed bad complications and died. The doctor said that could happen to me. I guess he thought he was doing me a favor.

Later on, I went to a Metropolitan Life Insurance building and was accepted after a brief discussion, filling out a form, and giving the name of my doctor. It was so easy! I was amazed at the tremendous difference in the two companies.
Now I have been T1 for 69 years, and I do not have any diabetes related complications except some mild nerve damage.

Don’t give up after your first attempt!!

I have had Type 1 diabetes since 1966. I applied for a $10,000 whole life policy with Equitable shortly after diagnosis. I was sent to a local doctor who gave me a very cursory exam. I was approved but had to pay a higher than standard premium for my age. I still have that policy and it is now fully paid up. During my working years I had company paid insurance that was equal to twice my salary. When I retired I had the option of continuing my life insurance, but the premium was exorbitant. I am now a 76 year old widower with no need for life insurance. I know older Type 1s who are leading healthy, active, productive lives that are my age and much older.